DND Looking at Improved and Enhanced Versions of HAWK SAM...!!!


MANILA (PNA) -- The Department of National Defense (DND) is looking at the possibility of acquiring improved and enhanced versions of the Raytheon MIM-23 HAWK (Homing All the Way Killer) surface-to-air missiles (SAMs).

The HAWK is a US medium range SAM.

The DND stated that acquisition of this weapon aims to protect the country from air threats its shore-to-ship missile (SSM) launchers which it is planning to acquire for the Philippine Army at P6.5 billion.

The SSM project consists of 12 launchers, trailers and tracking systems and missiles that could be fired to hit naval or sea targets.

It will be carried out through “limited source bidding", a process where certain companies are invited to submit bids for the program.

The HAWK is capable of intercepting and destroying any hostile aircraft, drone, or rocket that may be sent to incapacitate or disabled the Army's SSM system.

The missile entered service in 1960, and a program of extensive upgrades has kept it from becoming obsolete.

Israel, one of the operators of the HAWK missile, have upgraded the Phase 2 standard with the addition of a Super Eye electro-optical TV system for detection of aircraft at 30 to 40 kilometers and identification at 17 to 25 kilometers.

They have also modified their system for engagements at altitudes up to 24,000 meters.

(PNA)
Posted by Feizal Ikhir Juhari at 1:54 PM No comments:

Vietnam Soldiers Exercise with Missiles on the Shoulder...!!! 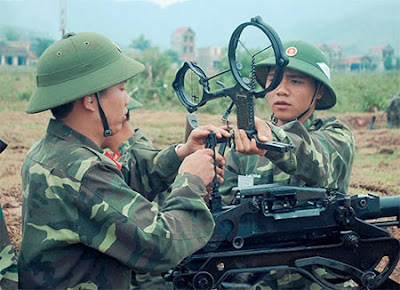 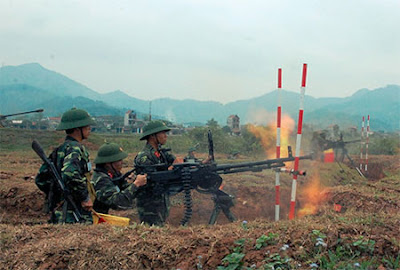 This is an integrated testing for the division and each artillery gunners of the unit. Although the Gunners made all shot in daytime and night conditions are difficult, but each hail of bullets fly out of the barrel of the cannon is a target destroyed. 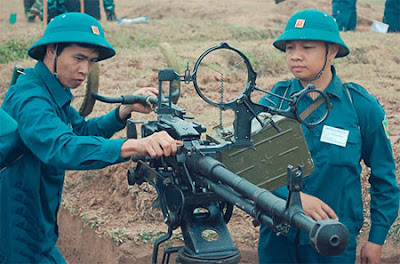 Join maneuvers, firing the gate teams militia of the provinces and cities in the north.

Coordination between the statistics, the export team; cleverly making use, creativity between theory and practice, skillfully manipulating shot in the last shot of the gunner from the military regions, army corps, troops who ... has helped 100% export team to destroy the target. It, confirmed bravery, qualifications and ability to handle situations in combat and mastery of technical equipment and weapons of the soldiers not. 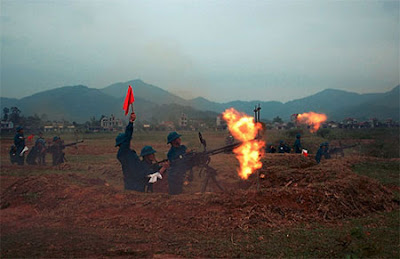 The sniper team export 12.7 mm of Thac Ba Hydropower Joint Stock Company (Yen Bai) target practice killing day
The tireless efforts of the officers and soldiers of the artillery unit key non-military and militia forces today as a manifestation of belief, determination followed the heroic tradition of air force hero in the "Dien Bien Phu on" 12/1972.
Here are a few pictures at the rehearsal: 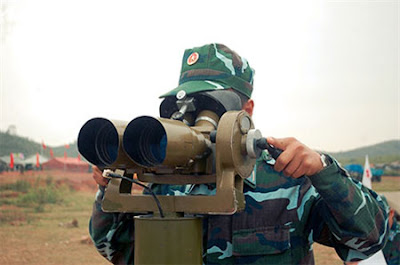 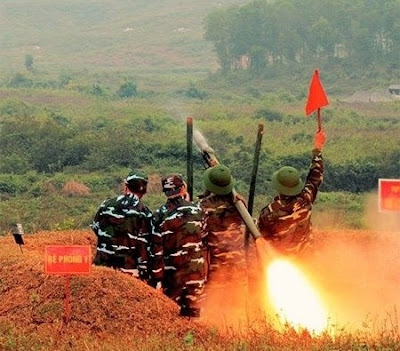 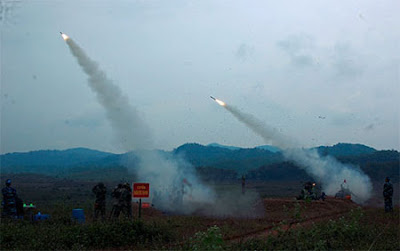 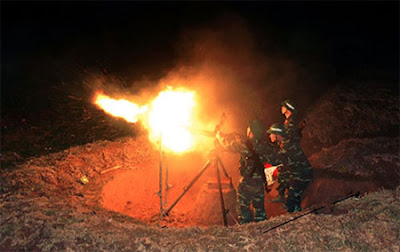 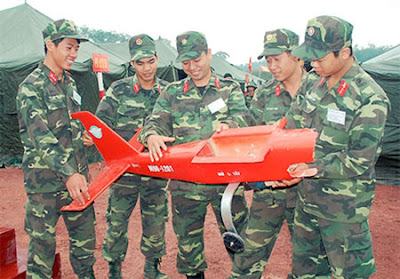 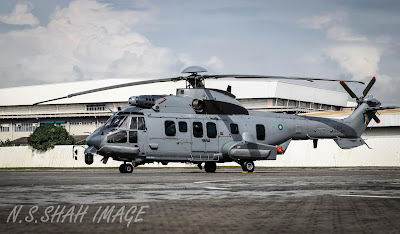 SUBANG JAYA: Malaysia will become Asia-Pacific's training hub for helicopter pilots and crew, with the setting up of a regional simulator centre here in January 2013.
Defence Minister Datuk Seri Dr Ahmad Zahid Hamidi said the simulator centre, which is a joint venture by the European Aeronautic Defence and Space Company (EADS) and Boustead Heavy Industry Corporation, would act as a training centre for EC225/725 copters as well as a helicopter maintenance, repair and overhaul centre. 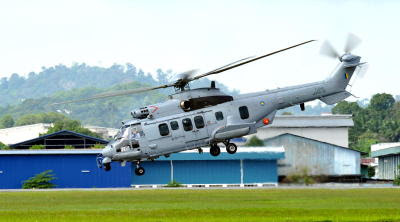 "Southeast Asia's helicopter market is one of the fastest growing and Malaysia is well placed to meet demands for this dynamic growth through comprehensive cooperation projects with various companies," said Dr Ahmad Zahid.
The minister was at the Sultan Abdul Aziz Shah airport where he received the first two of 12 EC725 medium-lift helicopters for the Royal Malaysian Air Force. 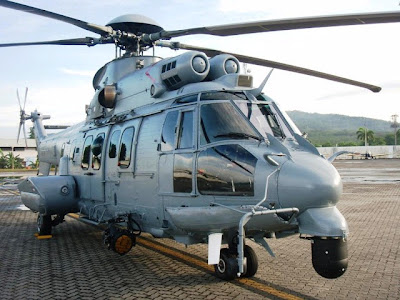 The 12 helicopters, with a price tag of RM2.3bil, will be used for search and rescue operations, troop transport and utility missions.
He said the copters, by the French Eurocopter Group, would compliment and eventually replace the 20 aging Sikorsky S-61A-4 Nuri helicopters bought in 1968.
(The Star)
Posted by Feizal Ikhir Juhari at 12:46 PM No comments: 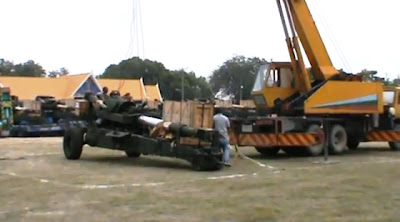 
On Nov 21, the Army report said that U.S. Army Ordnance center has a 54 M198 field howitzer. Thailand purchases M198 approximately 850 million, credit line to the ship from the United States and arrive at Laem Chabang, Chonburi, Thailand on October 19. From the conveyor, which is stored inside the shed ports on Nov 20. M198 to be transported to artillery units in the Army at Prachin Buri, Kanchanaburi and Chonburi on 23 Nov for inspection. 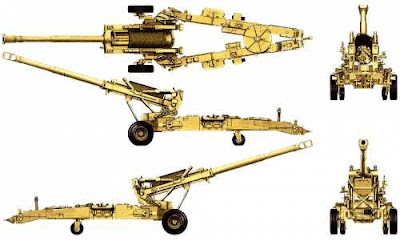 The M-198 was purchased to replace field artillery M-114 A1 size 155 mm used since 1960. In 2009 the Army Ordnance and Senior High Officers of the army of Thailand to the United States to buy guns M 198 which stored and not being used. The  procurement system use Foreign Military Sale (FMS).

However, Thailand's army to buy 155 mm M198 howitzer with good quality and the U.S. Army Ordnance to make improvements in the quality. Where the limit is about 16-17 million per one barrel cannon.
Correspondent reported M-198 medium artillery howitzer produced by the United States, width 155 mm, length of barrel 39 caliber revolver Excalibur Length 12.34 meters in the cylinder and barrel heavy gun and secondary gun weighs 7,030 kg car barreled 40 screw clockwise spiral in the first round of the 20 Excalibur. The rate of fire 2-4 shots/min and maximum range is 30,000 yards with the bullet feeder. Size 155 mm ammunition packed separately. 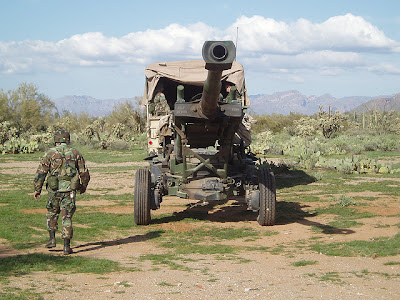 Feizal Ikhir Juhari
"THE BEST DEFENSE IS A GOOD OFFENSE"